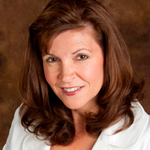 Angela Davis is a founding partner of Jarrard & Davis, LLP. Representing local governments, administrative bodies, courts, and agencies across Georgia, her areas of focus include zoning, land use, annexation, moratoria, civil service/employment, public health, ordinance drafting, the Open Records Act and the Open Meetings Act.  Ms. Davis has been a featured speaker at legal continuing education seminars on the topics of employment law and land use, including speaking at the annual meeting of Georgia County Attorneys at the Association of County Commissioners of Georgia, other ACCG-sponsored training sessions, and at conferences of the Georgia Local Government Personnel Association.

Ms. Davis graduated magna cum laude from the University of Georgia. She received her Juris Doctor from Emory University School of Law where she graduated with highest honors and was ranked number six in her class of 250 students. During her law school tenure, Ms. Davis was recognized as the Best Individual Oral Advocate at the National Moot Court Competition in New York City, where her team received the awards for Best Team and Best Brief. She was a published author and editor for the Emory International Law Review, and earned the Trial Advocacy Scholarship awarded to the Top Litigation Student. A member of the Order of the Coif, Order of the Barristers, and Order of the Advocates honor societies, Ms. Davis was named the Most Outstanding Graduating Law Student and served as a Dean’s Fellow, teaching research, writing and advocacy classes at Emory Law School for two years.